Sessums Snap Snippet #2: A Bootlegger in a Bordello

Today’s “Sessums Snap Snippet” is super cool because it’s connected to my C.H. Sessums books AND my Olivia Hardin books!

This handsome couple is Marcella and Guy Chadwell... but they're not nearly as innocent as they look. In 1917 Marcella Raspberry went to work at a department store in Port Arthur, Texas. 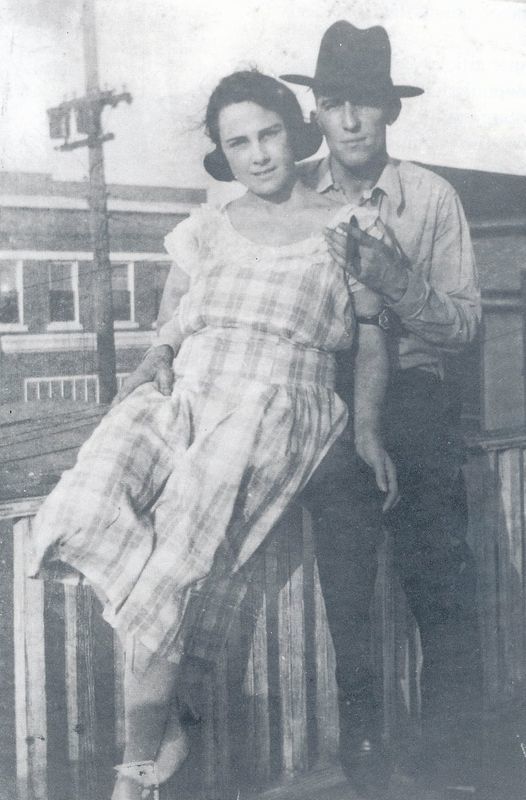 She was a very poor but rebellious girl who liked to drink beer and had several tattoos.... pretty shocking for the earlier twentieth century.  She noticed a regular customer at the department store always had a purse full of cash, had a car and chauffeur.  When she learned the woman owned a bordello, Marcella decided to rent a house on the west side of Port Arthur where she installed several “ladies of the night” to work for her.

In 1921 Chadwell came into her bordello, swept Marcella offer her feet, and married her! Guy’s rich father had given him a speedboat for his 21st birthday so when Prohibition hit, he used it to run bootlegged liquor on Johnson’s Bayou in Louisiana... and if you've read my small town, beach romance Love & Found as Olivia Hardin, you might remember that Simoneaux Bayou is the fictional version of JOHNSONS Bayou!  (if you like romance you can check those books out here -----> Love & Found.)

In 1925 Guy was shot when he got into an altercation with police, but rumors said his death was part of a plot cooked up by a competitor named Rusty Woodyard... and interestingly enough, Rusty's wife was a bordello owner too!

Marcella gave her husband a grand funeral before his body was taken back to Cameron Louisiana for burial. And she kept her bordello open for 25 years until authorities finally shut her down.  A young Steve McQueen even worked for her bordello as a bouncer years before his acting career.

Marcella lived to the ripe old age of 94 and is said to have cared little about what people thought of her… with one exception...

She almost always wore long-sleeved dresses to cover the tattoos on her upper arms!

Today's Snap Snippet was a surprise to me!  I just happened to run across this fantastic story on the Facebook page for the Museum of the Gulf Coast in Port Arthur, Texas.  If you're ever in that area, be sure to check it out. I'm proud to say my hubby was the founding director of the museum which chronicles the story of my beloved hometown.